You are being redirected to an external website. Are you sure you want to continue?

Is to enhance the understanding and participation of members of the Latino immigrant community in decisions that affect their lives.

We want to help Latino community to get resources that help them to growth integrally.

We want to work to support our members! 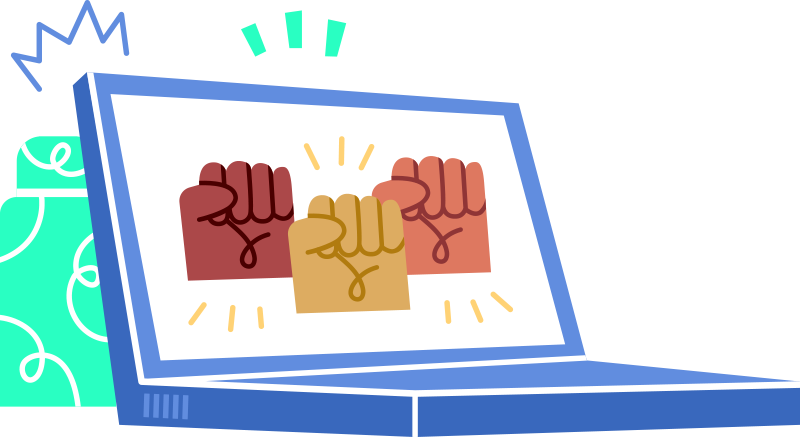 Daniela graduated from high school two years ago, after graduation she worked for NOVALACIRO as an organizer. After a while, she decided to apply to work in the public schools of Arlington and Daniela began working as a teacher assistant. she is not only working as a teaching assistant but at the same time, she takes classes at NOVA to get her associate degree in communication and art. Also, she became our board president in the middle of the year. What motivates her to be part of NOVALACIRO is because she worked for such an organization. Also, since she came to the USA she lived in Arlington (in a very uncomfortable way since she had the experience of living in a two-room apartment for seven people) even with all that inconvenience she loves Arlington because of the accessibility to the jobs and the cultural diversity. However, for the prices, she had to move to Woodbridge not long ago.

Jeff has been a community activist since the 1980s, focusing especially on housing rights, civil rights, worker's rights, and expanding opportunities for all to meaningfully participate in our democracy. Before joining the BRAVO Board, Jeff volunteered with Tenants and Workers United. A public school teacher, Jeff is an active member of the Arlington Education Association and is devoted to strengthening the voice of educators, parents, and students in Arlington Public Schools.

A native Spanish speaker from Bolivia, Gloria has been an Arlingtonian for 26 years, most of which as a tenant at Park Shirlington Apartments. A single mom, she raised two daughters, helping put them through college. Attending Arlington Mill HS for adult students, Gloria has strengthened her English proficiency. Park Shirlington’s utility vendor reported to Gloria’s landlord a problem with her account. She had paid in full but was threatened with eviction. Gloria contacted BRAVO. We recommended how to address the issue and helped her connect to a Spanish-speaking representative for the vendor. With a little guidance from BRAVO and a lot of her own persistence, she resolved the issue with her landlord and the vendor. Gloria knows the threat of redevelopment and displacement. Park Shirlington’s owner proposed replacing 293 aging units with 750 luxury apartments. Gloria organized her neighbors, partnering with BRAVO to distribute bilingual flyers, hold meetups, learn tenants’ concerns, and make tenants’ voices heard. The owner canceled their plans for unrelated reasons – for now. But tenants developed their civic muscles. When Arlington schools’ chief pushed to eliminate Gloria’s high school, which provides bona fide high school diplomas, Gloria organized the community, turning out a standing-room-only crowd at a public hearing – and killing the proposal. Activism doesn’t fall far from the matriarch. One of Gloria’s daughters has worked to preserve affordable housing in Arlington. With their determination..."sí Se Puede".

Heylin is a graduated high school student, who now attends Prince George community college pursuing her educational degree. Heylin works as an organizer at Novalaciro because she loves to help the Latino community people. She knows the struggle that many Latinos in northern Virginia,  especially undocumented people, do face immigration policies and the need for help to have access to the necessary resources. She believes that organizing them will help the community safe. Heylin struggles day a day to work with other organizations to provide the resources needed for the Latino community. As a Novalaciro’s Organizer, she wants to be there for the Latino people and let them know that Novalaciro will help them out in any situation.