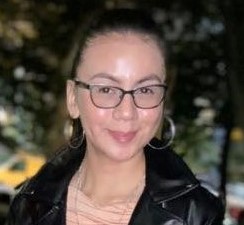 Take a look at the topics we are going to discuss in this blog:

As I had explained before, Bianca Vasquez has been Heylin Rodriguez's mentor during this process. In the beginning, in our beginnings, we had some ideas but we did not know how or where to start. But thanks to the connection we made with BCI, all of this has been possible.

Now I am going to talk to you about the relationship and cooperation between cooperatives, the NOVALACIRO organization, and BCI:

NOVALACIRO is an organization that since its inception dreamed of creating jobs for the Latino community. For years we have done what has been in our power to reach that goal. We have traveled to other states to learn about worker cooperatives, we have teamed up with people from the county in Arlington Va, and we have created alliances with other organizations. Just before the pandemic began, we already had a work plan to carry out the cooperative. But unfortunately, when a pandemic was declared we had to create another work plan and start from scratch. We did so, we started by contacting organizations and cooperatives in other states that we had already talked to before. We knew that one oh two would answer us and they did. Midway through 2020 Dulce Hogar DC contacted us back. It can be said that NOVALACIRO was the organization that carried out Dulce Hogar Virginia.

Continuing with BCI, they have been the experience that we needed to achieve this goal. create a cooperative. They did not hesitate to start giving us the necessary help at first. BCI has had direct contact with Dulce Hogar VA, it should be noted that they also put us in contact with the Lawyers who will carry out the legal part of Dulce Hogar VA.